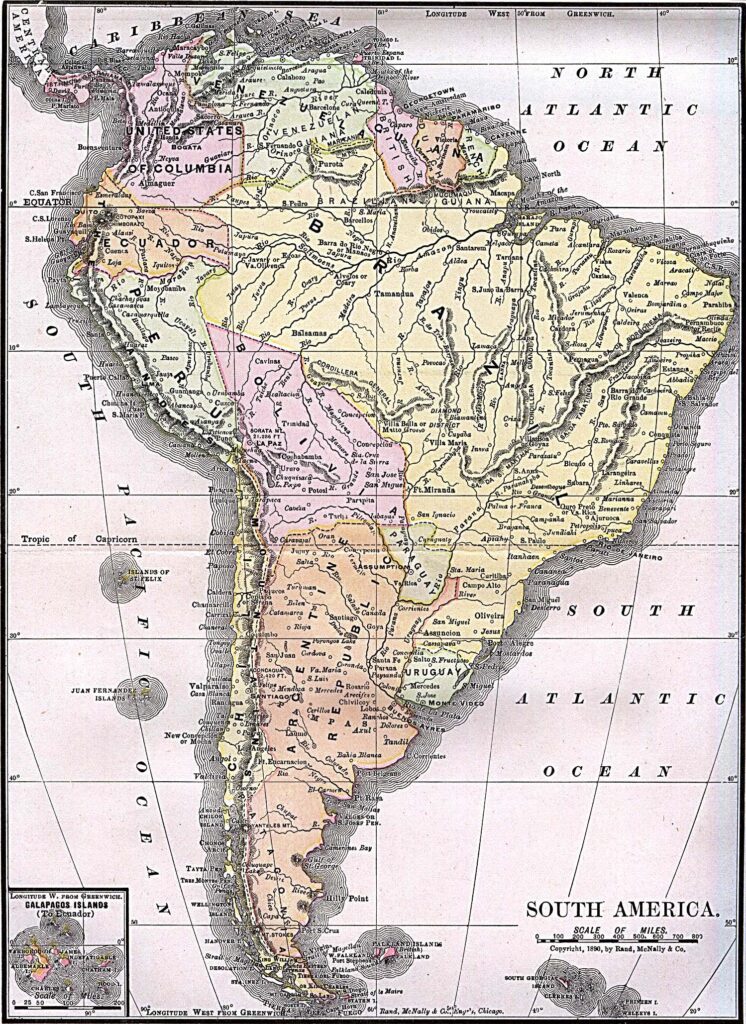 The first philatelic society established in South America was SOFIRA (Sociédad Filatelica de la República Argentina – the Philatelic Society of the Argentine Republic) (ES), established in 1887. Note: website down as of October 2018.

Argentina has a number of specialized catalogues to choose from:

GZ Cefiloza Catalogo Especializado de Sellos Postales (ES). An excellent, specialized, downloadable only catalogue which is available free of charge www.cefiloza.blogspot.com (ES). Illustrated in colour and listing numerous varieties, including dedicated sections to officials and perfins. The 2021 edition is the latest incarnation.

If you collect (or are contemplating) the 1938-1951 definitive issue then Antonio Rubiera’s Arge 3551 website is indispensable. The website is as complicated as the issue but it it delves into a level of detail you won’t find elsewhere.

The Federación Filatelica Boliviana is active but does not currently have a web presence. Enquiries should be sent to Martha Villarroel de Peredo marthadeperedo@gmail.com.

Further information can also be found at www.filateliabolivia.com (ES).

The Brazilian Association of Philatelic Traders (EN/PT) represents stamp dealers from across the country.

The Brazil Philatelic Association  (EN) produces a quarterly journal, Bulls Eyes, with over 160 issues, published since 1970.

Also worth investigating is FEFIBRA Federacao dos Filatelistas do Brasil (PT), another ‘umbrella organisation’ representing individual and organisational philately within Brazil (website down as of August 2020).

A good overview of the numerous regional philatelic societies in Brazil can be found at www.filatelia77.com (PT). There is also an excellent online forum at selosdobrasil.forumeiros.com (PT) if you need advice or input on a particular aspect of Brazilian philately.

Finally, Arbeitsgemeinschaft Brasilien e.V (DE) is a German/Brazilian society but with 30% of its members outside Germany. It has over 100 papers published.

The predominant Brazilian specialist catalogue is RHM, named after the  Sao Paulo dealer, the late Rolf Harald Myer. The latest (61st) edition was published in August 2019 and is an update of the two volume 2016 edition. Note that RHM also prints a simplified catalogue so choose appropriately.

If you need to cross-refer RHM with Scott, Michel or Yvert & Tellier then the ArGe Brasilien (DE) handbook is well worth picking up.

A free, online catalogue is also available at www.catalogocdd.com.br (PT).

The long-established Sociédad Filatélica de Chile (Philatelic Society of Chile) (ES) has existed since 1889 and has nearly 300 editions of its in-house magazine available free to download on its excellent website.

Earlier catalogues to watch out for are those published by either Socopo (ES) or Victor Vargas (ES) but they are far less useful than SOFICH.

The site www.chilecollector.com (ES) contains a significant depth of information, including a digitized run of The Chile Specialist (EN). This North American journal, published in English, ran from 1991 to 2009 and contains a wealth of detail on Chilean philately.

Estampillas de Colombia by Leo Temprano (ES) is the catalogue to look for. The latest edition I’ve seen is the 38th, published in 2008.

The other catalogue worth searching for is Colombia Catalogo de Estampillas Especializado (ES), published by Alvaro Barriga. A 2016 edition was printed but I have yet to see it.

The Ecuador Philatelic Association maintains a blog at www.afe-filateliaecuador.blogspot.com (ES). They also provide free access to the journal El Colleccionista Ecuatoriana (ES) from its inception in 1935 through to 2007.

Also active is the invitation-only Ecuador Study Group. Although only formed in 2017, the Group produces an excellent digital publication, Media Real (ES/EN), which can be accessed from its website.

Your best bet is trying to find a copy of the Catálogo de los Sellos Postales del Ecuador (ES) by Olivier Bertossa. The last edition I am aware of was published in 1996 but the 1994 is more detailed.

The early classics are well covered at www.ecuaclasico.blogspot.com

I am not aware of an active society for Paraguay collectors.

The book to look out for is the Catalogo de los Sellos Postales de la Republica de Paraguay y sus Derivados (ES), published by the Argentinian dealer Victor Kneitschel in 1947. Long, long out of print but there is nothing really to touch it.

More of an online book and somewhat clunky but Joe Hahn’s old website contains a wealth of information on Paraguayan philately www.oocities.org/~joehahn/handbook (EN)

The Peru Philatelic Study Circle (EN) is an online group producing a quarterly journal, Trencito 2. It maintains a superb digital library, including back issues of the long-running Filatelia Peruana (ES), all of which are available online.

Within Peru, the Circulo Amigos De La Philatelia (ES) caters for a broad range of collectors.

The Peru Philatelic Association remains active but has no current web presence.

For three generations, the Bustamante family has been producing Peruvian stamp catalogues. Care needs to be taken in distinguishing the ‘simplificado’ editions from the ‘especializado’. Look out for either the two-volume Catalogo Espcializado de las Estampillas del Peru (ES) 1981 edition or the updated three-volume catalogue from 1990 (the third volume was published in 1994). Note that the 1981 edition can be viewed in pdf format on the Peru Philatelic Study Circle website.

The last Bustamante catalogue was published in 2006 (with a supplement from 2015) but note that this is the simplified edition.

For a detailed exploration of the earlier issues, Bustamante also published the Studio de Matasellos Sobre las Primeras Emissiones del Peru (ES) in 2018. This five volume resource provides a wealth of detail for the issues 1857 to 1876 and covers over 1000 pages of in depth articles.

Also worth looking out for is the Catalogo de Sellos Peruanos (ES) by Herbert Moll, published in 1957. The Casanova Catalogue (ES) is another possibility.

The Asociación Filatélica Salvadoreña (AFISAL) (EN/ES) was formed in 2004, being the merger of two Salvadorian and US societies. It currently publishes the El Salvador Philatelist (EN) and back issues of the previous journals (El Salvador Philatelico (EN) and El Faro (EN)) have been made available digitally.

Although a specialized catalogue of El Salvador does not currently exist, a project has been underway with AFISAL members for some while in producing a definitive catalogue. Watch this space, as they say.

The Club Filatelico del Uruguay (ES) has a somewhat confusing website but it contains a huge amount of useful information, including a large bibliographic section on journals past and present.

Also active is the Philatelic Circle of Montevideo (ES).

The default catalogue is the 2006 edition of CIARDI Catalogo Especializado de los Sellos del Uruguay (ES). The catalogue can also be accessed via the Club Filatelico del Uruguay website.

More recently, in 2015 Orlando Shäfer published the Sellos Postales República Oriental del Uruguay Catálogo (ES/EN). This has the unique distinction of listing stamps from Uruguay, cross referenced by the catalogue numbers of Scott, Yvert, Michel, Stanley Gibbons and Kobylanski-Casal. It will also successfully cross reference with CIARDI which adopted the Yvert numbering system.

The most recent specialized catalogue for Venezuela is the Catalogo Especializado de Estampillas (ES), published by Aurelio Blanco in 2009.

A little hunting should also find the similarly titled Catalogo Especializado de Estampillas de Venezuela (ES), compiled by Juan Jose Valera and last published in 1982. Valera is a much more detailed catalogue than Blanco with a wealth of variety data. Definitely worth seeking out and essential for the serious Venzuela collector.

Go to the Central America section